4
Beta has been updated to enable the voting contest

Vote for your favorite characters in the v1.80 beta.
This data will be used to expand Rabi-Ribi's physical merch.

Looking forward for your support!

.
It includes everything new (except the DLC content itself).

It should be worth checking it out!
It also helps the team if you find any bugs and report them on the discussion board (screenshots and how-to reproduce help a lot). 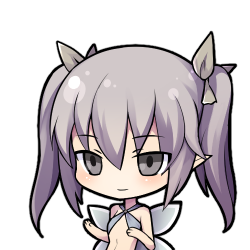 Always looking for ways to make money, Cocoa kept experimenting with ways to make prices explode.
This time, something unexpected happened and the effect backfired.

Now Rabi-Ribi is 25% off during Steam Summer Picnic Sale!
Items also affected by the blast include the UPRPRC Edition, the Soundtrack and the Artbook.
They're all 25% off now too!
Grab it before Cocoa blows the prices back up!

In other news: Rumi will be making some extra food for the next few days.

Also, if you missed the E3 annoucements, Rabi-Ribi is coming to PS Vita and PS4!